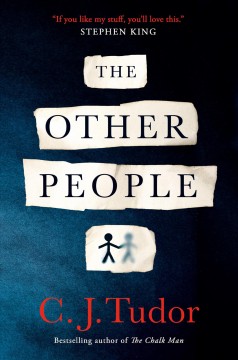 The other people : a novel
Tudor, C. J.
"The gripping new thriller from the acclaimed author of The Chalk Man and The Hiding Place, about a man desperately searching for his missing family who falls under the sway of a sinister support group with a murderous agenda. Three years ago, Gabe's family disappeared. Most people think they died. Some of them blame Gabe. Hardly anyone believes the truth--that Gabe saw his daughter the day she and his wife disappeared, smiling at him from the back of a rusty old car speeding down the highway. So even though it's been three years since that day, Gabe cannot give up hope. Even though he has given up everything else. His home, his job, his old life. He spends his days travelling up and down the highway and sleeping in service stations, searching for the car that took her. It's hard for most people to understand. But Gabe has found some who do in an online group set up by people who have also lost loved ones--who have suffered like him. They call themselves "The Other People." Because isn't that what everyone thinks: bad stuff only happens to "other people." When the car that Gabe saw driving away that night is found in a lake with a body inside, Gabe is suddenly under suspicion--and in danger. In desperation, he turns to The Other People for help. Because they are good people. They know what loss is like. They know what pain is like. They know what death is like. There's just one problem . . . they want other people to know it too."-- Provided by publisher. 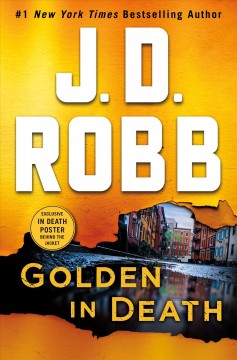 Golden in death
Robb, J. D.
"In the latest thriller in the #1 New York Times bestselling series, homicide detective Eve Dallas investigates a murder with a mysterious motive-and a terrifying weapon. Pediatrician Kent Abner received the package on a beautiful April morning. Inside was a cheap trinket, a golden egg that could be opened into two halves. When he pried it apart, highly toxic airborne fumes entered his body-and killed him. After Eve Dallas calls the hazmat team-and undergoes testing to reassure both her and her husband that she hasn't been exposed-it's time to look into Dr. Abner's past and relationships. Not every victim Eve encounters is an angel, but it seems that Abner came pretty close-though he did ruffle some feathers over the years by taking stands for the weak and defenseless. While the lab tries to identify the deadly toxin, Eve hunts for the sender. But when someone else dies in the same grisly manner, it becomes clear that she's dealing with either a madman-or someone who has a hidden and elusive connection to both victims"-- Provided by publisher. 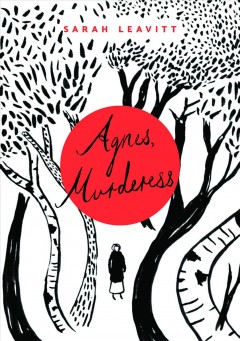 Agnes, murderess
Leavitt, Sarah
Agnes, Murderess is a graphic novel about the bloody folk legend of Agnes McVee, a roadhouse owner, madam, and serial killer in the Cariboo region of British Columbia during the gold rush. 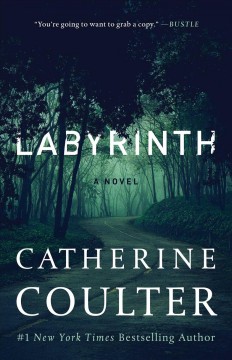 Labyrinth
Coulter, Catherine
The #1 New York Times bestselling FBI Thriller series returns with another tour de force in which Agent Sherlock risks losing her career--and her sanity--over a case that is more complicated and twisted than any she's ever encountered. 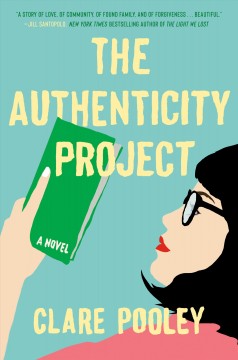 The authenticity project : a novel
Pooley, Clare
"A story about a solitary green notebook that brings together six strangers and leads to unexpected friendship, and even love--think Eleanor Oliphant Is Completely Fine meets Love, Actually "Everybody lies about their lives. What would happen if you shared the truth?" This is the question that Julian Jessop, an eccentric, seventy-nine-year-old artist, poses within a pale green exercise book that he labels The Authenticity Project, before leaving it behind in Monica's Café. When Monica discovers Julian's abandoned notebook, not only does she add her own story to the book, she is determined to find a way to help Julian feel less lonely. And so it goes with the others who find the green notebook that will soon contain their deepest selves. It will also knit the group together In Real Life at Monica's Cafe, where they'll discover the thrill and sometime-risk of being completely honest--and, for some, find unexpected love. With a cast of characters who are by turns quirky and funny, heartbreakingly sad and painfully true-to-life, The Authenticity Project is a novel readers will take to their hearts and read with unabashed pleasure"-- Provided by publisher. 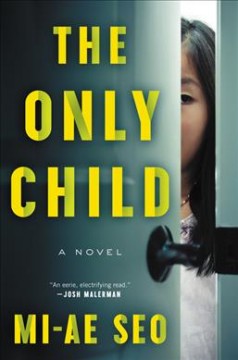 The Only Child : A Novel
Seo, Mi-ae.
An eerie and absorbing novel following a criminal psychologist who has discovered shocking and possibly dangerous connections between a serial killer and her stepdaughter      Criminal psychologist Seonkyeong receives an unexpected call one day. Yi Byeongdo, a serial killer whose gruesome murders shook the world, wants to be interviewed. Yi Byeongdo, who has refused to speak to anyone until now, asks specifically for her. Seonkyeong agrees out of curiosity.  That same day Hayeong, her husband's eleven-year-old daughter from a previous marriage, shows up at their door after her grandparents, with whom she lived after her mother passed away, die in a sudden fire. Seonkyeong wants her to feel at home, but is gradually unnerved as the young girl says very little and acts strangely.  At work and at home, Seonkyeong starts to unravel the pasts of the two new arrivals in her life and begins to see startling similarities. Hayeong looks at her the same way Yi Byeongdo does when he recounts the abuse he experienced as a child; Hayeong's serene expression masks a temper that she can't control. Plus, the story she tells about her grandparents' death, and her mother's before that, deeply troubles Seonkyeong. So much so that Yi Byeongdo picks up on it and starts giving her advice.  Written with exquisite precision and persistent creepiness, The Only Child is psychological suspense at its very best.

When We Were Vikings
MacDonald, Andrew David.
In this debut novel by Andrew MacDonald, 21-year-old Viking enthusiast Zelda finds out that her brother Gert has resorted to some questionable - and dangerous - methods to make enough money to keep them afloat. So Zelda decides to launch her own quest. Her mission: to be legendary. It isnt long before Zelda finds herself in a battle that tests the reach of her heroism, her love for her brother, and the depth of her Viking strength. MacDonald grew up in Edmonton, AB. 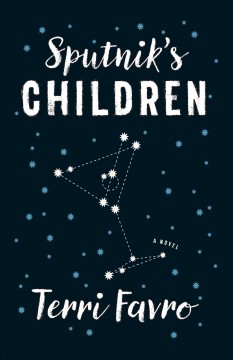 Sputnik's children : a novel
Favro, Terri
Cult comic book creator Debbie Reynolds Biondi has been riding the success of her Cold War era-inspired superhero series, Sputnik Chick: Girl with No Past, for more than 25 years. But with the comic book losing fans and Debbie struggling to come up with new plotlines for her badass, mutant-killing heroine, she decides to finally tell Sputnik Chick's origin story. Debbie's never had to make anything up before and she isn't starting now. Sputnik Chick is based on Debbie's own life in an alternate timeline called Atomic Mean Time. As a teenager growing up in Shipman's Corners - a Rust Belt town voted by Popular Science magazine as 'most likely to be nuked' - she was recruited by a self-proclaimed time traveller to collapse Atomic Mean Time before an all-out nuclear war grotesquely altered humanity. In trying to save the world, Debbie risked obliterating everyone she'd ever loved - as well as her own past - in the process. Or so she believes... Present-day Debbie is addicted to lorazepam and dirty, wet martinis, making her an unreliable narrator, at best. A time-bending novel that delves into the origin story of the Girl with No Past, Sputnik's Children explores what it was like to come of age in the Atomic Age. 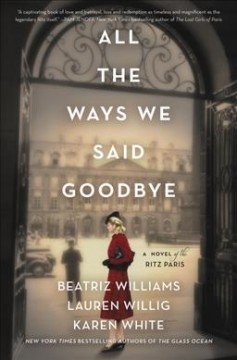 All the ways we said goodbye : a novel of the Ritz Paris
Williams, Beatriz
France, 1914. As war breaks out, Aurelie becomes trapped on the wrong side of the front. France, 1942. Raised by her indomitable, free-spirited American grandmother in the glamorous Hotel Ritz, Marguerite "Daisy" Villon remains in Paris with her daughter and husband, a Nazi collaborator, after France falls to Hitler. France, 1964. For Barbara "Babs" Langford, her husband, Kit, was the love of her life. Yet their marriage was haunted by a mysterious woman known only as La Fleur. Three women whose fates are joined by one splendid hotel. 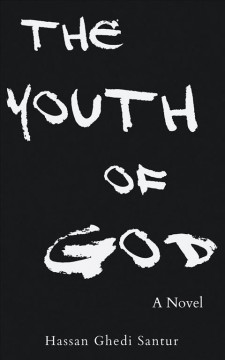 The youth of God : a novel
Santur, Hassan Ghedi
"The Youth of God tells the story of Nuur, a sensitive and religious seventeen-year-old Somali-Canadian boy who becomes radicalized by the teachings of Imam Yusuf at the local mosque in a neighbourhood in Toronto called Dixon that has become synonymous with crime, unemployment, and the broken dreams of many Somali immigrants. Trying to rescue Nuur from Islamic radicalism is his Somali biology teacher, Mr Ilmi. Through the story of this one boy, the novel dramatizes the struggle for the soul of Islam."-- 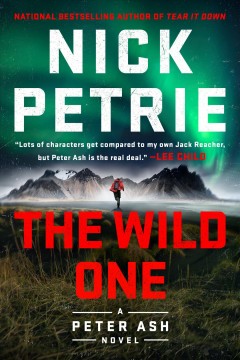 The wild one
Petrie, Nicholas 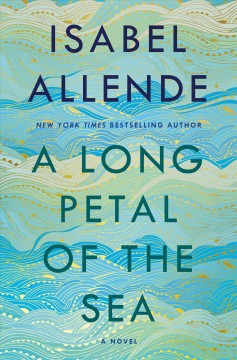 A long petal of the sea : a novel
Allende, Isabel 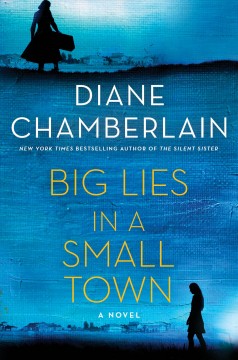 Big Lies in a Small Town : A Novel
Chamberlain, Diane. 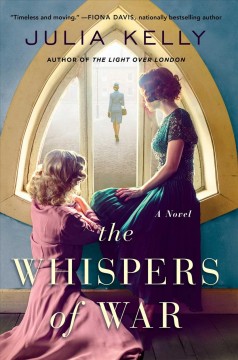 The whispers of war
Kelly, Julia
"The start of World War II looms over three friends who struggle to remain loyal as one of them is threatened with internment by the British government."-- 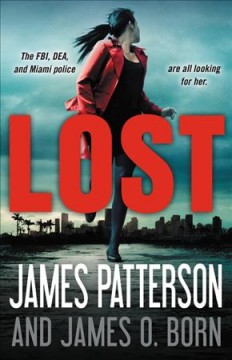 Lost
Patterson, James
Detective Tom Moon and his multi-talented team face off against an international crime ring looking to seize control of America's most vibrant city, Miami. The city of Miami is Detective Tom Moon's back yard. He's always kept it local, attending University of Miami on a football scholarship, and, as a Miami PD officer, protecting the city's most vulnerable. Now, as the new leader of an FBI task force called "Operation Guardian," it's his mission to combat international crime. Moon's investigative team discovers that the opportunistic "Blood Brothers" -- Russian nationals Roman and Emile Rostoff -- have evaded authorities while building a vast, powerful, and deadly crime syndicate throughout Europe and metropolitan Miami. Moon played offense for U of M, but he's on the other side of the field this time. And as the Rostoffs zero in on a target dear to Tom, they're not playing by anyone's rules. 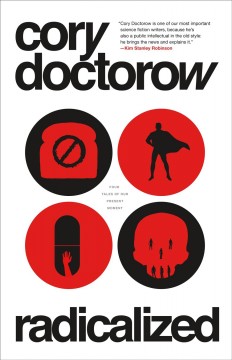 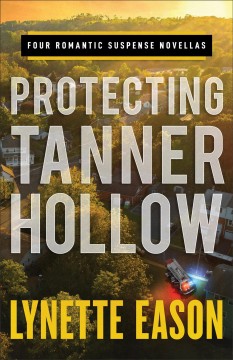 Protecting Tanner Hollow : four romantic suspense novellas
Eason, Lynette
"Four novellas from bestselling author Lynette Eason take you to the town of Tanner Hollow and the men and women who keep it safe, trusting each other with their lives, and sometimes their hearts"-- 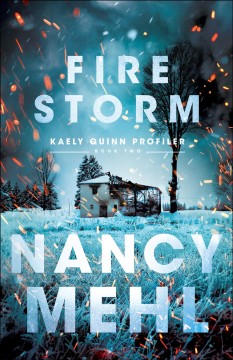 Fire storm
Mehl, Nancy
"When FBI profiler Kaely Quinn visits Nebraska to care for her ailing mother, she notices suspicious connections among a series of local fires and calls on her partner, Noah Hunter, to help find the arsonist. They embark on a twisted path to catch a mad man intent on Kaely's death"

The Tenant
Engberg, Katrine.
An electrifying work of literary suspense from Katrine Engberg, this debut novel introduces two police detectives struggling to solve a shocking murder and stop a killer hell-bent on revenge.

How are We Doing?

Please take a moment and let us know how we’re doing by completing a short, anonymous survey! 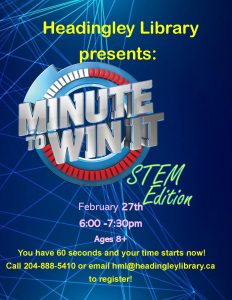