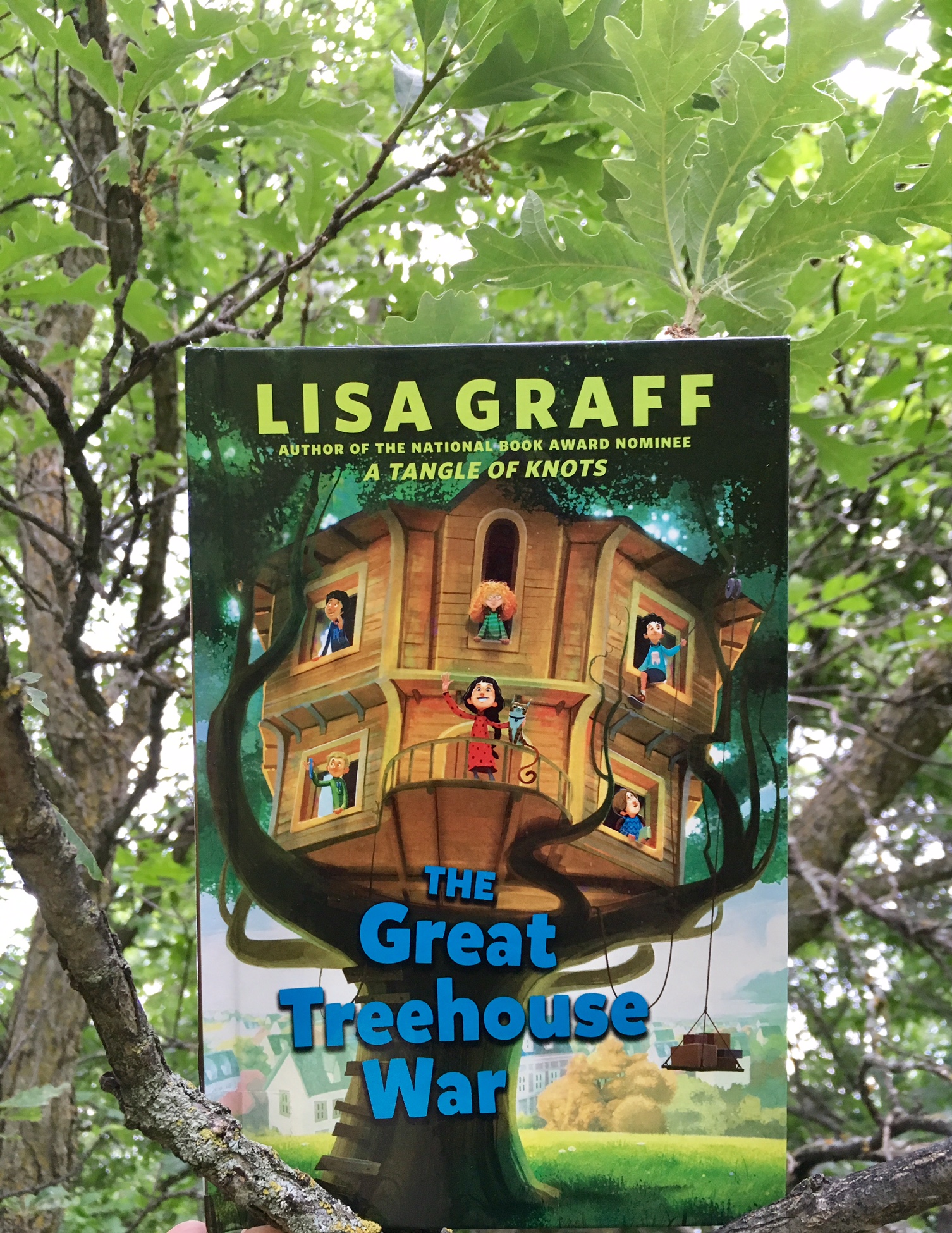 Have you ever wanted to live in a treehouse? (I know, silly question!) When Winnie’s parents get divorced, she spends three days a week with her dad, three days with her mom, and Wednesdays all by herself in her custom-made treehouse. But when her parents start to compete for her time and attention, and she discovers a secret about the tree in which her treehouse is built, she decides she’s not going to come down until she parents are willing to finally listen to her. When her classmates decide to join her, the Treehouse 10 start a standoff with their parents to have their demands met. Who will win the treehouse war? I suggest you take the book out to find out.

This is a cute, fast summer read with lots of extra comments and input throughout the book from Winnie’s friends, as the book is their class memoir project. I think many kids will be able to relate to wanting their own space, and wishing their parents would just listen to them!

If you liked this series, you might want to check out The 13-Story Treehouse series by Andy Griffiths (The 5th book in the series, The 68-Story Treehouse, just came out in April).